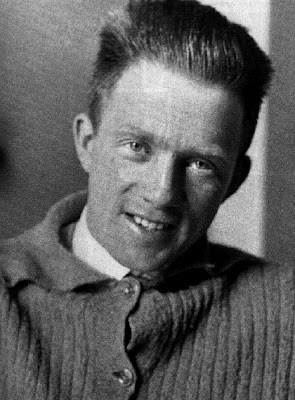 Werner Heisenberg (1901–1976) was placed in charge of the German atomic bomb project during the Second World War and became the physicist most feared by allied scientists. In September 1941 Heisenberg visited Bohr in German-occupied Denmark. One evening they went for a stroll in the park next to the institute. It was like old times, but instead of quantum physics Heisenberg raised the possibility of constructing an atomic bomb. Neither man agreed later on who said what. Was Heisenberg trying to open a channel of communication or was he trying to elicit information about the status of the allied atomic bomb? Whatever the truth of the matter, it has been the subject of speculation ever since and forms the basis of Michael Frayn’s play Copenhagen, their friendship effectively ended that day. After the war, Heisenberg was arrested and interned in a secluded farmhouse in Britain for six months with other leading members of the Germany’s atom bomb programme. David C. Cassidy (1992) Uncertainty: The Life and Science of Werner Heisenberg is the definitive biography that charts the highs and lows in the life of this flawed genius. Cassidy reconstructs Heisenberg’s role in the German atomic bomb project and the ill-conceived visit to see Bohr. Although highly respected and regarded as one of the greatest theorists of the twentieth century, Cassidy’s majestic work reveals exactly why Heisenberg never enjoyed the same degree of affection from his colleagues as Pauli despite lacking his friend’s bite. After the war and Planck’s death, Heisenberg became a leading spokesman for German science.