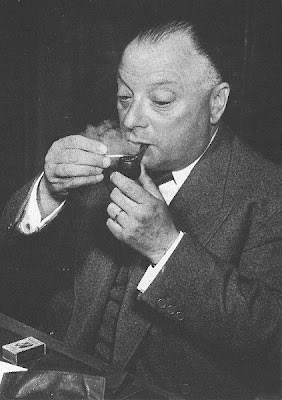 Wolfgang Pauli (1900–1958) married Käthe Deppner, a twenty-three year-old dancer and actress, in December 1929. The marriage ended within a year. The fact that she left him for a chemist particularly rankled Pauli: ‘Had she taken a bullfighter I would have understood,’ he said, ‘but an ordinary chemist?’ Pauli began to drink heavily and at the behest of his father sought the help of the celebrated psychoanalyst Carl Jung. Initially placing him in the care of a young assistant, Jung later analyzed some four hundred of Pauli’s dreams and the pair remained in touch for a quarter of a century. In September 1931, Pauli wrote: ‘With women and me things don’t work out at all, and probably it also will never succeed again. This, I am afraid, I have to live with, but it is not always easy. I am somewhat afraid that in getting older I will feel increasingly lonely. The eternal soliloquy is so tiresome.’ Three years later he remarried and this time the union lasted until his death.
If his life fell apart together with his first marriage, Pauli’s physics did not. In 1930 he made the first tentative suggestion that there existed an undiscovered particle that was emitted during the loss of a beta particle by a radioactive nucleus. Pauli’s hypothetical particle had to have no charge and almost no mass; he later described it as ‘that foolish child of the crisis of my life’. Christened the neutrino, Pauli lived long enough to see its experimental confirmation in 1956. As he lay dying in hospital, Pauli was asked if there was someone he would like to talk with. Niels Bohr came the reply. Charles P. Enz (2002) No Time to be Brief: A scientific biography of Wolfgang Pauli contains plenty of biographical material, but its intended readership is one with a physics background. Chapter 11, Abraham Pais (2000) The Genius of Science: A portrait gallery of twentieth-century physicists is a warm, insightful, and highly readable recollection of the man and his science by an admirer who knew him well.